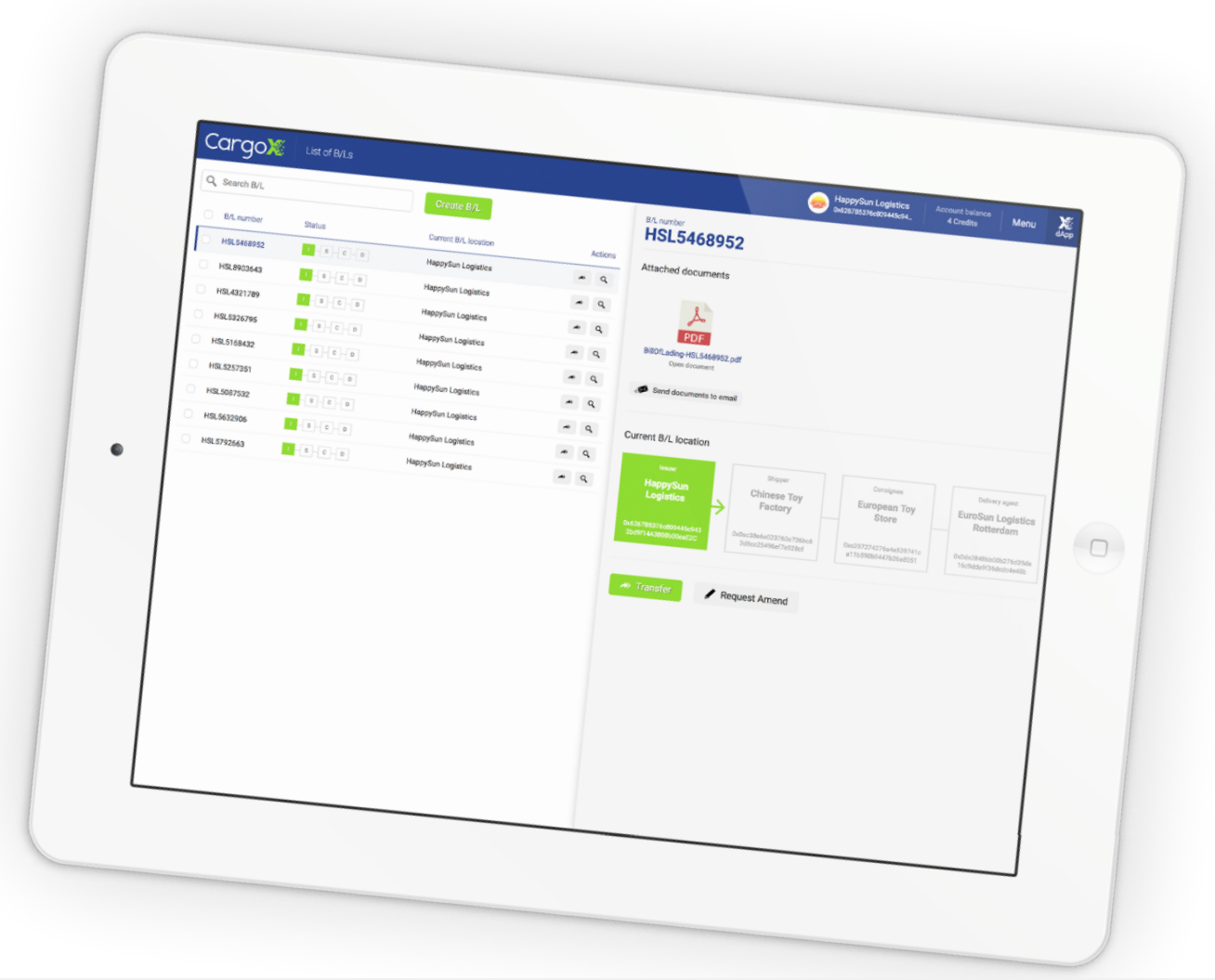 Smart B/Ls are only the beginning. Our goal is to finalize the Smart B/L and transition it from beta to production release by end of Q2 2018. CargoX plans to add features to its platform, such as smart letters of credit (Smart L/C) and other innovations that will reach customers later in the year. “We could already implement and sell it as it is,” said Kukman. He said that the company is in talks with several major regional and global logistics companies, who have all expressed interest in using the product after the initial pilot testing is finished and full compliance is confirmed on the customers’ side. CargoX and DBA Group partner to serve customers in Italy and Balkans
CargoX, the producer of the electronic blockchain-based Smart Bill of Lading™ solution, has signed an exciting partnership with DBA Group, an Italian technology consulting giant listed on the Italian stock exchange. A day to remember: The first ever blockchain-based CargoX Smart B/L™ has successfully completed its historic mission during a trial shipment from China to Europe
The container, processed with the revolutionary new blockchain-based CargoX Smart Bill of Lading™, has been released successfully in the Port of Koper, Slovenia (EU), where it arrived on Sunday, 19 August 2018, completing its journey from Shanghai (China) aboard the cargo ship Ever Safety, and was shipped by one of the world’s largest freight forwarders. CargoX Monthly Review - July 2018
July was a month that brought about some dramatic events at CargoX! We joined BiTA, signed partnerships with Fracht AG and OceanX, and sent the first ever official Smart Bill of Lading for an official shipment! First ever blockchain based Smart B/L was issued on a route from China to US First Lady Melania Trump’s home country of Slovenia
This is the moment we have all been waiting for! The first ever official Smart Bill of Lading for an official shipment was issued on Friday, 27 July 2018, and the shipment is currently travelling from China to Europe, where it will arrive in the middle of August. CargoX and the OceanX network partner-up to set new standards of excellence in the shipping trade
CargoX and OceanX, the leading sea freight specialist network, have agreed on a strategic partnership, bringing the blockchain enabled Smart B/L to OceanX NVOCC members. CargoX and Fracht AG partner to reshape global trade with blockchain
We have signed a partnership agreement with Fracht AG, the independent Swiss family-owned company with over 100 offices and more than 1200 employees. This move gives Fracht AG the means to use the CargoX Smart B/L with its business customers. CargoX, the producer of Smart B/L, joins BiTA
CargoX, an independent supplier of blockchain-based solutions for logistics, has become the latest member to join the Blockchain in Transport Alliance (BiTA). CargoX Monthly Review - June 2018
June was a busy month, as always! Everybody is rushing towards the summer holiday season. But not CargoX - we are rushing towards the market’s adoption of our CargoX Smart B/L solution!
First page 1 2 3 4 5 6 7 8 9 10 11 Last page